We are absolutely thrilled to hear that, after almost two years of incredible public pressure, another arbitrary restriction on child refugees’ eligibility for the Dubs Amendment has been lifted.

Children were previously required to have registered in France, Greece or Italy before 20th March 2016, in order to be considered for transfer. This left thousands of lone children at risk, as new arrivals were ineligible for safe passage to the UK.

Today, Amber Rudd has announced that “France, Greece, and Italy will now be able to refer unaccompanied children who arrived in Europe before 18 January 2018” for transfer under the Dubs Amendment – and that the remaining 260 places would be filled “as soon as possible”!

What’s more, the UK Government has committed £3.6 million to work with French authorities in order to identify people who are eligible for family reunion under the Dublin Regulation.

We want to say an enormous thank you to everyone who has campaigned for this – from the hundreds of thousands who have signed petitions to those who have joined us outside Parliament and the Royal Court of Justice, to every person who spread the word in solidarity with child refugees.

This would not have happened without you. Your efforts have given hundreds of children the chance to begin a new life in safety. Thank you!

Please help us continue to put pressure on the government until this change takes effect and children are brought over to the UK safely.

In July 2017, Help4Refugee Children saw a three-year-old with a baton bruise in his face. Every week the police go to the camp and dismantle everything which has been put up, to ensure that, nothing permanent is erected and to prevent the formation of a camp; we heard the heart-breaking story of a mother who when the police came had refused to leave her tent about to be bulldozed and told the police “no, I am not leaving, my baby is inside sleeping” the police officer then said “ok” and took out his pepper spray and sprayed her and the occupants of the tent.

There were many, many families, some of them had recently arrived and some had returned to gather following the destruction of the Jungle and the tragic and devastating fire in Dunkirk. The French authorities have played a sinister trick and removed the Jungle, making people believe that the problem is no longer there. However, this is a lie… refugees have not vanished into thin air; They are there, and they live in much worse conditions than we have ever seen.

Every day that goes past, it’s another day which they are suffering. We reported on this and the news grabbed the attention of The Independent Newspaper who run the following article, in which Help4Refugeen Reported on the situation in the ground.

A link to the article can be found here.

Following this article, we contacted by various news agencies, and the case circulated
nationally and also internationally.  This led to a public outcry which was supported by the Mayor of Dunkirk, Damien Careme re-tweeted the images we published and demanded an immediate improvement in treatment for refugees in France. 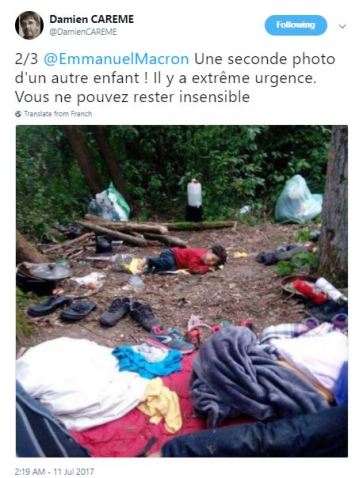 Following the exposure of this issue, France proceeded to increase the amount of housing available to refugees, which was reported by The Local Newspaper.

Article can be found here.

Since then, we started a petition to demand as citizens of the UK that Theresa May, takes some responsibility for the European refugee crisis and helps to end the brutal homelessness of refugee children living in Northern France, two hours away from the UK. If you can we ask you to please sign and share our petition, help us continue to put pressure on both the British and French governments to do more, to help refugees.

Our petition can be found here.

Thank you for your time and for reading this. 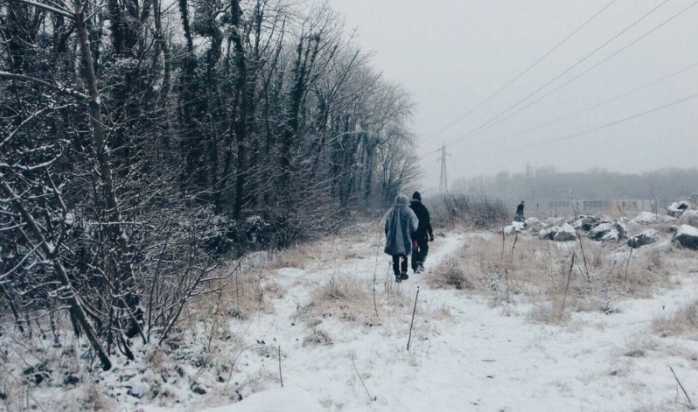 On 7th March MPs voted 287–267 to close the Dubs Amendment, and to shut the door on 2650 unaccompanied child refugees living without protection in Europe. This is a shameful decision.

The Children and Social Work Bill was proposed to have an amendment by MP Heidi Allen, which required the government to access each local council’s space allocation for unaccompanied minors. This is a step which would allow making accurate calculations of how many children could be cared for under each local council. This is a step which should have happened far earlier if the government was seriously considering to uphold Dubs beyond the bare minimum.

Worst of all, the argument for upholding the cap of 350 children, is based on incorrect information. Many councils have said they contacted the Home Office about available spaces and a willingness to take in child refugees but were ignored.

Human Rights advisors have warned that closing the Dubs scheme would lead many minors into the hands of traffickers. If we aren’t willing to protect children, what is left?

Home Secretary Amber Rudd has perpetuated misinformed ideas by arguing that Dubs and other transfer schemes act as ‘pull factors’, that they promote the role of traffickers. These arguments are incorrect and are used as excuses to neglect these young refugees.

Now, we must be louder than ever in standing up for these children. We cannot let a decision which unconscionably denies safety to hundreds of vulnerable people go unchallenged. We refuse to allow a fearful political climate to allow the UK government to decide that young unaccompanied children who have fled war and conflict seeking refuge in supposedly “safe” Europe, are not worthy of our help or care.